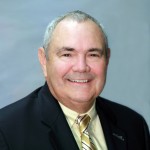 With more than 30 years of federal government expertise, Mike Toohey serves as Waterways Council Inc.’s president and CEO.  Prior to joining WCI, he served as consultant with The Livingston Group’s transportation, shipbuilding, shipping and ports practice area.  Toohey served as vice president of government affairs for Ashland Inc., a global chemical, energy and construction company. During his 19 years with Ashland, Toohey served as the principle representative to the federal government and supervised state government relations for this Fortune 500 corporation. His leadership positions include chair of the American Chemistry Council’s federal legislative roundtable and chairman of the board of the American Highway Users Alliance, board positions with WCI and the Danny Thompson Memorial Foundation.

President George H. W. Bush nominated Toohey as Assistant Secretary of Transportation, where he served from 1992 to 1993, following confirmation by the United States Senate. Toohey also served as staff director for the Committee on Public Works and Transportation, and the Committee on Merchant Marine and Fisheries during his 14-year tenure with the U.S. House of Representatives.

Toohey earned a Bachelor of Science in forestry from the University of California, Berkeley.